Casetta Rossa is a treasure chest with a magnificent sea view. It is a jewel of the Cinque Terre, situated in a quiet location right at the centre of Corniglia.

The specific characteristic of the Casetta Rossa is certainly the spectacular sea view that you can appreciate from the terrace overhanging the sea and from the garden. You will definitely bring home the memory of delightful sunsets on the sea.

The house is made up of a kitchen and living room that give direct access to the garden. On the first floor the bedroom, bathroom and terrace.

Furnishings are carefully chosen; every detail maintains the typical character of the area intact. The kitchen has a fridge and cooking surface and all the equipment you may require: pots and pans, crockery and utensils. In every room, an air conditioner ensures a pleasant freshness in the intensely hot summer days. The entire house is served by the internet Wi-Fi connection.

Casetta Rossa is positioned in the centre of Corniglia, in via Fieschi, the main road. Here you will be able to savour village life, the silence of the carugio (Alley way), Ligurian architecture with its portals in sandstone, the pleasant brackish aroma that mingles with the surrounding vegetation of flowers, citrus trees, vineyards and olive groves.

Casetta Rossa is quite close to Corniglia’s beach and only 700 metres from the well-known Guvano beach. It is 2.7 km from Vernazza’s beach and 113 km from Genova’s Cristopher Columbus Airport, the nearest hub. 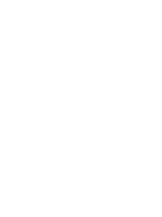 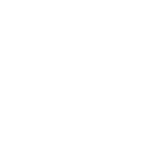 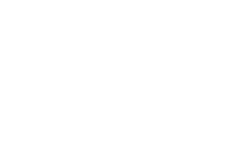 WHAT YOU CAN DO DURING YOUR HOLIDAY

Just 150 metres from Casetta Rossa, you can tackle the famous Lardarina. It is a spectacular brick staircase with 377 steps and 33 flights that descends from the village to the railway station and the sea. Walking down this staircase in summer, suspended between the sea and the hamlet is an unforgettable experience. Demanding, for sure, but not to be missed!

Remaining nearby the Lardarina staircase, walking downhill along an old disused tunnel of the railway connecting Corninglia to the sea, you can sunbathe and go swimming in the marvellous Guvano beach. It was renowned in the ‘70s. mixture of sand and pebbles. The route inside the tunnel, which is lit, takes 15 minutes and has a toll.

Once you reach Guvano you can enjoy the special micro-climate which favours the growth of a lush Mediterranean maquis, unusual at these latitudes. The beach is a mixture of sand and pebbles.

If you don’t feel like going through the tunnel there are two other beaches to choose from: the Spiaggione (large beach) and the Marina. The first is close to the railway station, the second can be reached with a staircase that descends from the centre of Corniglia towards Vernazza.

Cinque Terre on foot and by train

The Cinque Terre are an ideal destination to discover walking around with a camera, wearing trekking shoes or riding a mountain bike. In the latter case however, the routes to follow will be more inland. You will discover hamlets, gulfs and unmistakable sceneries in this corner of a Ligurian paradise.

As well as walking and cycling, following tracks is another recommended and characteristic means of transport for visiting the area. By train you can reach Monterosso and Vernazza, two top destinations of the Cinque Terre. Vernazza in particular is considered by many the most beautiful and suggestive of the five: its houses are separated only by a single central street, with perpendicular steep staircases, the so-called “arpaie”.

In Corniglia, which belongs to the municipality of Vernazza, it is compulsory to taste the white wine of Costa da Posa. In fact, the promontory on which it stands appears like a marine terrace about a hundred metres in height which slopes extremely steeply and inaccessibly towards the sea. It definitely isn’t one of the easiest places to reach in the Cinque Terre, but it compensates the effort with spectacular ad unique panoramas from many spots of the village.

SEND AN INQUIRY WITHOUT COMMITMENT

Magnificent sea view from the terrace
On Corniglia’s main street
700 metres from Guvano beach
Not to be missed: dinner on the terrace at sunset
Can be conveniently reached by train
Public car park available locally without booking for € 10 a day 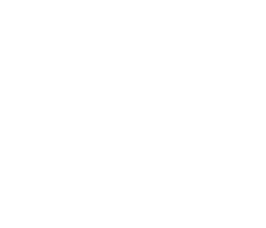